The Des Moines Civic Center, now one of the most important cultural arts centers of Iowa, came about due to the closure of the KRNT Theater in 1972, 7 years prior to the opening of the Civic Center. Des Moines was without a major cultural venue. In 1974, the community leaders tried to pass a referendum to construct a new theatre, but failed with just under the required 60% majority vote. Following this, the Des Moines business leaders formed a private not-for-profit corporation to build a venue for the performing arts, and found success – their fundraising brought in $9.3 million, and the Civic Center was built in fewer than 90 days!

Hosting a wide array of must-see performances, from ballet to Broadway, the opening of the Civic Center put Des Moines on the map as a highly important destination for top productions on their national tours. Go to our Events page to see what’s on. 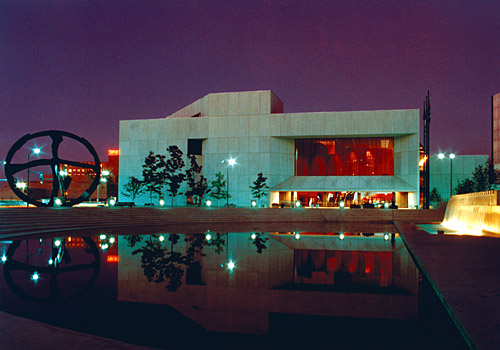